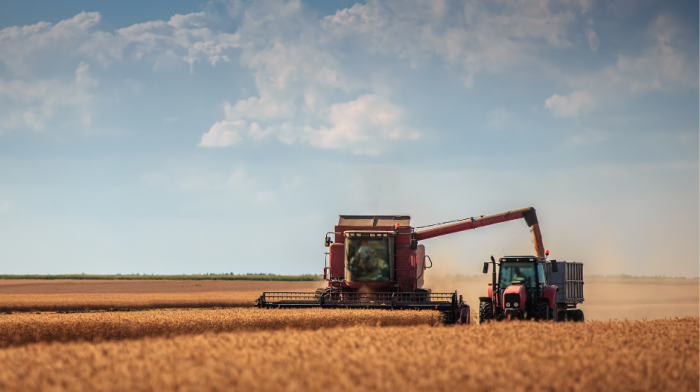 The rise in both the CBOT prices and the local cash grain prices have been driven by a combination of grain stocks adjustments by USDA, lower than anticipated U.S. corn and soybean production in 2020, lower than expected 2021 crop acreage, and very strong export demand for both commodities. In fact, some analysts have suggested that both corn soybean supplies for end users in portions of the U.S. could get very tight by late Summer this year before 2021 commodities are available. The growing drought area in the Western Corn Belt and some production reductions in South America have added to the “bullish” nature of the current commodity markets.

The basis for local corn and soybean cash bids, which is the difference between the local cash price being offered in a given month and the closet CBOT futures price, are currently at very tight levels. In fact, many processing plants and local elevators in the corn belt are currently offering cash prices with a positive basis until late Summer. For example, in Southern Minnesota, corn basis levels are currently at positive levels above CBOT prices, reaching as high as plus $.50 to $.60 per bushel in late Summer, and soybean basis levels are positive by $.20 to $.30 per bushel at processing plants. In the past five years (2016-2020), similar basis levels in late April and early May in Southern Minnesota for corn ranged from about $.15 to over $.50 per bushel under CBOT prices. Similarly, Soybean basis during planting season from 2016-2019 ranged from $.40 to $.60 per bushel under CBOT futures prices at processing plants and $.70 to $.80 or more under CBOT prices at local grain elevators.

The last time an extended positive local basis occurred in the Upper Midwest was in the late Spring and early Summer in both the drought year of 2012 and again in 2013; however, in both years the positive basis levels had disappeared by mid-Summer, returning to more typical basis levels for the region. It is important for producers to remember that tight basis levels at local grain elevators and processing plants are mostly driven by local demand for corn and soybeans. Once that demand is met, basis levels tend to drop back to more typical levels.

Many farm operators will tell you that grain marketing decisions are the hardest part of farming and this is especially true during times of highly volatile markets such as have been occurring in recent months. Nearby CBOT corn futures were trading just above $4.00 per bushel in early November of 2020, before rising to above $5.00 per bushel by mid-January of 2021 and now to the current level near $6.50 per bushel. A significant number of farmers have already sold all of their 2020 corn since harvest. Farmers that still have unpriced 2020 corn stored on the farm are wondering how high corn prices might go before there is a significant correction. Most producers are also now focusing on marketing decisions for “new crop” 2021 corn and soybeans.

Sometimes, it helps to look back at the grain markets from previous similar type years. The last time that we were trading in this type of grain marketing environment was in the period from 2011 to 2013. In 2011, nearby corn futures traded above $7.00 per bushel most of the time from February until mid-September, and only declined briefly to just below $6.00 per bushel after corn harvest that year. In 2012, nearby CBOT corn futures traded below $6.50 per bushel until late June when the impacts of the 2012 drought began to surface. By August of 2012, the nearby corn futures were above $8.00 per bushel for a few weeks, before trading between $7.00 to $7.50 per bushel in the fourth quarter that year.

Prices for CBOT November 2021 new crop soybeans have also improved substantially in recent months, closing at $13.41 per bushel on April 23. In 2013, November soybean futures stayed fairly strong throughout the year, trading between $12 per bushel to over $13 per bushel for most of the year and briefly reaching highs above $13.50 per bushel. By comparison, in the drought year of 2012, new crop November soybean futures started the year below $12 per bushel, rising to above $13 per bushel by March and April, before exploding to over $16 per bushel by late July and August that year. By year-end in 2012, soybean futures had declined to around $14.25 per bushel. New crop cash bids in Southern Minnesota in late April of 2012 were very similar to the current cash bids for Fall delivery; however, the soybean cash bids that year quickly rose to above $15 per bushel by mid-July and stayed there until October. The soybean cash prices dropped back to near $14 per bushel by year-end.

Most producers have been pondering over grain marketing decisions for the 2021 corn and soybean crop in recent weeks. Being able to “lock-in” local cash prices over $5.00 per bushel for corn and near $13.00 per bushel for soybeans is the best opportunity that has existed at Spring planting time in many years. On the other hand, farmers do not want to miss a grain price “run-up”, such as occurred in 2012. It is important to remember that the catalyst that drove the rapid 2012 commodity price increases was a major U.S. drought that developed in mid-Summer. If a major drought does not develop in 2021, corn and soybean prices are likely to follow a more typical seasonal price pattern as we progress toward harvest. No two years are the same, but obviously these historical price trends are something to keep in mind in analyzing 2021 grain marketing strategies.