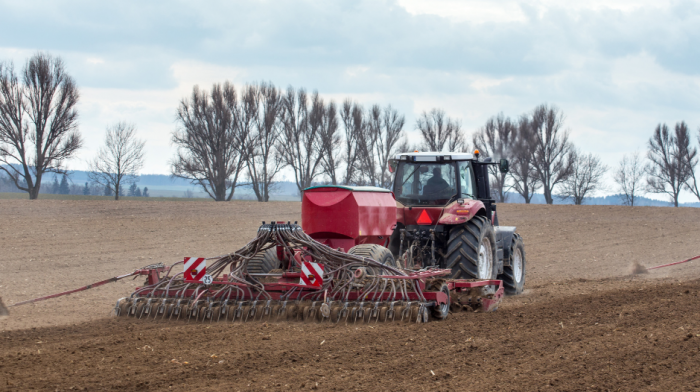 Like the start of a big race or the beginning of a Championship game, many farmers in Southern Minnesota and Northern Iowa are ready to begin full-scale field work as soon as field conditions are fit for planting. Most farm operators across the region reported almost ideal soil conditions; however, rainfall and cooler weather from April 7-12 in most areas delayed the initiation of major fieldwork being initiated. It appears that the 2021 planting season may be similar to last year in much of the Upper Midwest, with fairly favorable corn planting conditions in the last half of April. This has been a welcome relief from the difficult Spring planting conditions that existed in both 2018 and 2019 across much of the region.

Some areas of the Upper Midwest received some much-needed rainfall from April 7-9. Portions of Southwest and West Central Minnesota receiving 1-2 inches of precipitation, with even higher amounts in localized areas of Central Minnesota. The Southern portions of Minnesota and Northern Iowa had lower rainfall amounts. The Western half of Minnesota has become quite dry in recent months, along with North and South Dakota and Western Iowa. The most recent U.S. Drought Monitor on April 8 listed 94 percent of North Dakota in a severe or extreme drought. The percentage of topsoil moisture that was listed as “short” or “very short” for various States included: 95% in North Dakota, 76% in Montana, 68% in South Dakota, 43% in Minnesota, 33% in Iowa, and 24% in Nebraska. These are historically very high levels of dryness for early in the growing season.

Even though it may seem like crop producers are starting the planting season fairly early compared to recent years, farmers are well within the USDA Risk Management Agency (RMA) guidelines to maintain full crop insurance coverage for the 2021 corn and soybean crop. The earliest corn planting date allowed by RMA to maintain full crop insurance protection in most of Minnesota and Iowa is April 11, while April 21 is the earliest planting date allowed for soybean planting for full insurance coverage.

Soil conditions prior to recent rains were described as “almost ideal for Spring planting” by farm operators and agronomists in many areas the Upper Midwest. If we can avoid any further significant amounts of precipitation in the next week or so, most crop producers in the region should be able to begin full-scale corn planting once soil conditions are fit. Following the completion of corn planting, many farmers will be moving directly into planting their soybean crop, provided that field conditions remain favorable.

Even though very dry soil conditions persist in many portions of North and South Dakota, as well as Western Iowa and Minnesota, many areas of Southern Minnesota and Northern Iowa were near normal for stored soil moisture as we head into the 2021 growing season. As a result, any heavy rainfall events this Spring could result in very wet field conditions and potentially some planting delays, especially in poorly drained fields. Having adequate soil moisture should not be a problem for corn germination and emergence in most of this region; however, if very warm temperatures and some strong winds occur, such as in early April, the topsoil in the seed zone can dry out quite rapidly. As a result, periodic moderate rainfalls during planting season, such as occurred in some areas this past week, can be beneficial for good seed germination and early season plant growth.

Unless conditions turn very wet in the few weeks, a large majority of corn in Minnesota should be planted before the end of April this year. Corn planting delays can significantly impact final corn yields. In both 2018 and 2019 a majority of the corn was planted from mid-May to early June. According to the USDA Weekly Planting Progress Report, only 2 percent of the corn in Minnesota had been planted at the end of April in 2019, which was about 15 days behind normal. In portions on Southwest and South Central Minnesota, conditions stayed wet until June, resulting in thousands of prevented plant acres and some of the lowest average corn yields in decades. Minnesota’s corn yield declined from record yield levels in 2015, 2016 and 2017 to 182 bushels per acre in 2018 and only 174 bushels per acre in 2019.

Historically, early planting of corn usually leads to higher than normal State average corn yields in Minnesota and other Upper Midwest States. In six of the nine years that 50 percent or more of the corn acres in Minnesota have been planted in April, the State has set a record corn yield. In 2015, corn planting in Minnesota was 83 percent completed by May 3, resulting in a record yield of 188 bushels per acre, which was followed with 89 percent of the corn planted by May 8 in 2016, again resulting in another record statewide corn yield of 193 bushels per acre. One exception was in 2017, when most of the Minnesota’s corn was planted in the first two weeks of May. Very favorable growing conditions throughout the year in most areas resulted in statewide record corn yield in 2017.

Once farmers have completed planting their corn acres, most farm operators are moving to soybean planting. A majority of soybean producers in Southern Minnesota and Northern Iowa strive to plant soybeans in early-to-mid- May; however, the ideal window to plant soybeans and still achieve optimum yields is much wider than with corn. The ideal soybean planting timeframe in most areas extends from late April until about May 20 or slightly beyond, so there will be plenty of time to get the 2020 soybean crop planted. However, similar as with earlier corn planting dates, research does show that with favorable growing conditions, there is a yield advantage to planting soybeans in late April or early May, as opposed to late May.