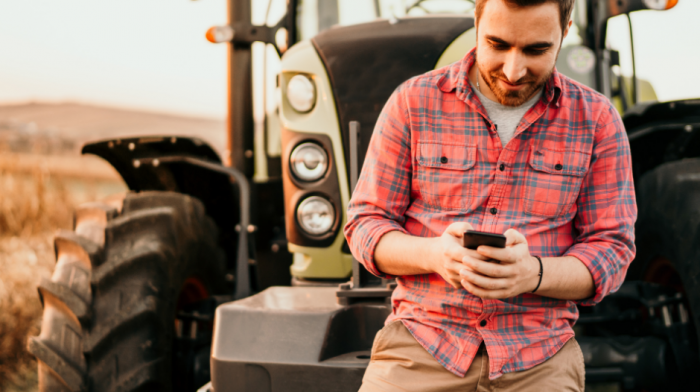 The USDA “Prospective Plantings Report” that was released on March 31 indicated that the intended U.S. corn and soybean acreage for 2021 was well below as well as the planted acreage projected by most grain marketing analysts. The USDA prospective planting acreage is based on survey data collected from producers in early March. The USDA “Quarterly Grain Stocks Report” was also released on March 31, which lists the estimated grain inventory as of March 1, 2021. The very surprising USDA estimates for intended 2021 U.S. corn and soybean acreage, together with very tight grain stocks, resulted in both corn and soybean futures prices on the Chicago Board of Trade (CBOT) being up the limit after the report was released on March 31.

Typically, these late March USDA Reports are very critical to farm operators and grain traders because the reports tend to have a high impact on grain market prices in the Spring and early Summer months. During these months, many farm operators try to sell remaining grain inventories from the previous growing season, as well as look for opportunities to forward price a portion of the anticipated crop for the current year. In a majority of years, corn and soybean prices usually reach their peak-price from April until June, which is why the late March USDA Reports are so important.

Following are some highlights from the March 31st USDA Reports:

Corn — The planting intentions report indicated an estimated 91.1 million acres of corn to be planted in 2021, which is an increase of only 325,000 acres, or less than 1 percent from the 90.8 million acres in 2020. The 2021 U.S. corn acreage would be the highest since the 2016 corn acreage of 94 million acres. The highest corn acreage ever recorded in the March USDA survey was 97.2 million acres in both 2012 and 2013.Total corn acreage was reduced in both 2019 and 2020 by significant amount of prevent- plant acres in certain areas of the Corn Belt. The USDA corn acreage estimate was about 2 million acres below the average grain trade estimate of near 93.1 million acres. The 2021 corn acreage is expected to decrease in Iowa, Illinois, Indiana, and Nebraska, increase in North Dakota, South Dakota and Wisconsin, and stay the same in Minnesota, as compared to 2020 corn acreage. The total U.S. corn stocks on March 1, 2021, were listed at over 7.7 billion bushels, which compares to the 7.95 billion bushels on March 1, 2020. The March 1st USDA stocks estimate was at the lowest level in six years and was very close to grain trade estimates.

Soybean stocks on March 1, 2021, were listed at just over 1.56 billion bushels, which is a decline

Wheat — The intended total U.S. wheat plantings for 2021 is 46.4 million acres, which is up 5 percent from the 2020 wheat acreage of 44.3 million acres. The 2020 U.S. wheat acreage was among the lowest in the past 100 years. Total wheat acreage exceeded 50 million acres as recently as 2016. Spring wheat acreage is expected to decline in Minnesota, North and South Dakota, and Montana. Total wheat stocks on March 1, 2021, were listed at 1.31 billion bushels, which is down 7 percent from 1.41 billion bushels on March 1, 2020. The 2021 wheat stocks estimate was slightly above the average grain trade estimates. The March USDA Grain Stocks Report indicated that as of March 1, 2021, there were just over 4 billion bushels of corn and 594 million bushels of soybeans stored on farms in the U.S., which represents about 52 percent of the total U.S. corn stocks and 38 percent of the total soybean stocks. The 2021 on-farm corn stocks are down 9.4 percent from a year ago and the March 1 soybean stocks are 30.6 percent below 2020 levels. USDA does not survey the percentage of the bushels in on-farm storage that are forward priced for future delivery, as compared to bushels that are not priced. However, many private analysts feel that a much higher percentage of the corn and soybean bushels still in storage on March 1st may be forward priced in 2021 as compared to other recent years, due to the current strength in the cash corn and soybean markets.

On March 31, the day that the USDA Reports were released, December corn futures on the Chicago Board of Trade (CBOT) increased by 25 cents per bushel from the market open, closing at $4.77 per bushel. Both the CBOT December corn futures price and local forward contract prices in Southern Minnesota are now near the highest levels thus far in 2021. Following the USDA Reports on March 31, nearly all CBOT soybean futures prices increased by the limit of 75 cents per bushel, with the November futures price closing at $12.56 per bushel, which also is near the highest price level in 2021.

Current corn and soybean market prices are at the highest levels since 2013, which has offered farm operators some excellent grain marketing opportunities in the past few months. Given the current tight grain stocks for corn and soybeans, along with the March 31 USDA acreage estimates, there should continue to be some strength in the near-term cash corn and soybean markets in the coming weeks. New crop corn and soybean prices for the Fall of 2021 are also likely to stay fairly strong in the coming weeks. However, the Fall harvest prices are likely to be quite reactive to Spring planting progress, potential drought conditions in some portions of the Corn Belt, and future USDA supply and demand reports.

The March 31st USDA report was based on producer surveys of planting intentions, as of March 1st; however, there is potential for these planting intentions to be adjusted slightly when final planting takes place. Some factors that could lead to an increase in final U.S. corn and soybean acreage include the current strength in the grain markets and the potential for early planting in many areas of the Upper Midwest. However, the recent sharp increases in fertilizer costs for corn production, may encourage any increased acreage to be more prevalent for soybeans than for corn.

Many grain analysts are questioning the 2021 corn and soybean acreage estimates in the March 31st USDA planting intentions report, feeling that actual 2021 corn and soybean acreage is likely to be much higher. At the annual USDA “Ag Outlook Forum” in February, the USDA economists estimated 92 million acres of corn and 90 million acres of soybeans would be planted in 2021, which was considerably higher than the March 31st report and would be more in line with estimates by most grain marketing analysts. The next USDA crop acreage report will not be released until June 30 and will be based on the actual planted crop acres on June 1, 2021.