Crop Development Ahead of Normal 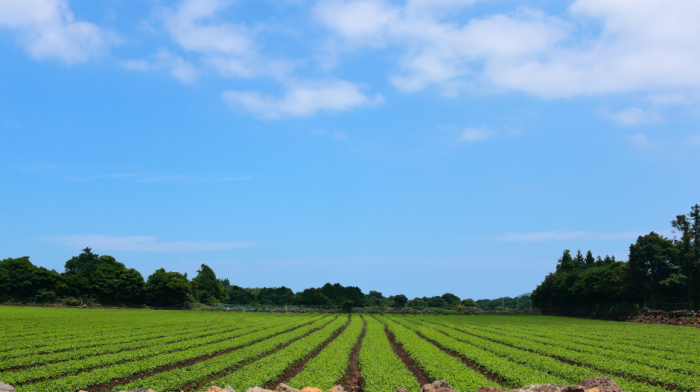 CROP DEVELOPMENT AHEAD OF NORMAL

The Spring of 2021 has been a mixed scenario for crop producers in the Upper Midwest, as they have tried to get this year’s corn and soybean crop off to a good start. Favorable weather conditions in late April and in early May allowed for much of the 2021 crop to be planted ahead of normal in very good soil conditions. Very cool temperature and dry soil conditions during the first three weeks of May resulted in some uneven and slower crop emergence in some areas. Frost damage in late May affected corn and soybeans in some locations and very hot, dry weather in early June across the region could affect crop conditions going forward.

Frost damage occurred in some areas of the Upper Midwest and Northern Plains States from May 27-29, affecting portions of Minnesota, Iowa, North and South Dakota. In some cases, the frost damage was significant enough to require replanting. In other cases, it was lighter frost that just set the crops back; however, the crops should recover. Frost damage seemed to be more severe in low lying areas of fields, on sandier, peat-type soils, and in no-till or minimum tillage situations. Certainly, the hot, dry weather following the frost, did not provide for ideal conditions for crops that were recovering from frost damage or in situations where replanting was required.

Total rainfall amounts across Upper Midwest during the month of May were quite variable. Most areas received some precipitation during the last half of May, with portions of the Central and Southern Corn Belt receiving excess rainfall that caused some crop loss. There were also some higher rainfall amounts in isolated areas of Southeast Minnesota in late May. However, much of the Upper Midwest and Norther Plains regions received less than normal rainfall in May, following below normal precipitation in April. This trend is certainly raising concerns as we head into the primary portion of the growing season for corn and soybeans.

The University of Minnesota Research and Outreach Center at Waseca recorded 2.66 inches of rainfall during May, with most of the rainfall occurring in the final ten days of the month. This was 1.82 inches below the long-term average monthly precipitation for May at Waseca and followed April precipitation totals that were 2.59 inches below normal. The U of M Southwest Research and Outreach Center at Lamberton received 2.74 inches of rainfall during May, which is about .81 inches below normal and followed an April precipitation total that was 2.81 inches below normal. Total stored soil measurements at the Lamberton site on June 1 were very near normal levels; however, stored soil moisture levels are more limited in the upper sections of the soil profile.

As of May 31, a total of 373 growing degree units (GDU”s) had been accumulated at the U of M Research Center at Waseca since May 1, which is about 6 percent ahead normal and was well ahead the 338.5 GDU’s accumulated by May 31, 2020. Much of the corn in the Upper Midwest that was planted in late April was near or ahead of normal development for the end of May, primarily due to the much warmer than normal temperatures in the last half of the month, except for the brief dip to freezing temperature at the end of the month. The very warm temperatures in early June should continue to push crop development ahead of normal, except in areas with limited moisture or that were impacted by significant frost damage.

The May 30 USDA Report showed 81 percent of the soybeans in Minnesota and 72 percent of the soybeans in Iowa had emerged, which was ahead of the five-year averages of 48 percent emergence in Minnesota and 49 percent in Iowa by the end of May. Nationally, 84 percent of the U.S. soybean crop was planted by May 30 and 62 percent had emerged, which is well ahead of the 5-year average of a 67 percent planting pace and 42 percent emergence by that date. Late May soybean emergence levels in other major soybean producing States included Illinois at 74 percent, Nebraska at 69 percent, South Dakota at 65 percent, Indiana and Wisconsin at 63 percent, and North Dakota at 45 percent, all of which were at a pace 20-30 percent ahead of normal.

In the first national crop rating for corn, 76 percent of the U.S. corn crop was rated “good to excellent” on May 30, which is the fourth highest USDA initial corn rating ever recorded and was 2 percent above the initial rating in 2020. Most of the initial statewide “good to excellent” corn condition ratings in late May were quite strong with Nebraska at 88 percent, Iowa and Wisconsin at 81 percent, Illinois at 80 percent, Minnesota at 76 percent, Indiana at 74 percent, and South Dakota at 67 percent. The only exception was North Dakota, which had a “good-to-excellent” corn rating of only 48 percent, due to persistent dry topsoil conditions in many areas of the State.

Based on research from the University of Illinois, there is very little correlation between the initial U.S. corn condition ratings in late May and the final U.S. corn yield. By late July, there is about a 90 percent correlation between the national corn condition rating and the final U.S. corn yield. Given the fast start to the 2021 growing season in many key corn producing States, there is certainly potential that the 2021 U.S. corn yield could meet or exceed the U.S. “trendline” corn yield of 178 bushels per acre. However, the growing drought area in the Western Corn Belt and predictions of a hotter and drier than normal Summer have raised some concerns regarding final 2021 corn yield levels in some areas.

In early June, USDA announced a new Pandemic Cover Crop Program (PCCP) that will give farmers a $5.00 per acre premium benefit on their 2021 crop insurance premiums for planting cover crops. The PCCP program is being offered by the Risk Management Agency (RMA) as part of USDA’s overall agricultural response to provide Covid-19 pandemic assistance and is intended to provide an incentive to maintain cover crop systems. PCCP provides premium support to producers that have a federal crop insurance policy for Spring crops in 2021 and have a qualifying cover crop during the 2021 crop year.

The $5.00 per acre PCCP premium support can not exceed to total crop insurance premium for a crop. The PCCP support is in addition to State cover crop incentive programs that are already in place in States such as Iowa, Illinois, and Indiana. All cover crops that are recognized by the USDA Farm Service Agency (FSA) are eligible for the PCCP incentive, which includes most cereal crops, grasses, grasses and non-legume broadleaf crops, as well as mixtures of these crops.

To be eligible for the PCCP incentive requires a 2021 crop reporting deadline of June 15 at local FSA offices, which is earlier than the normal FSA crop reporting deadline. Cover crops reported to FSA must match what is reported for crop insurance in order to be eligible for PCCP benefits. Cover crops that were seeded in the Fall of 2020 are eligible for the PCCP program, as long as the cover crop was still viable in 2021 and are reported to FSA by June 15. For more information about the PCCP program and other pandemic assistance programs, farmers should contact their local FSA office or go to the USDA website at: www.farmers.gov.