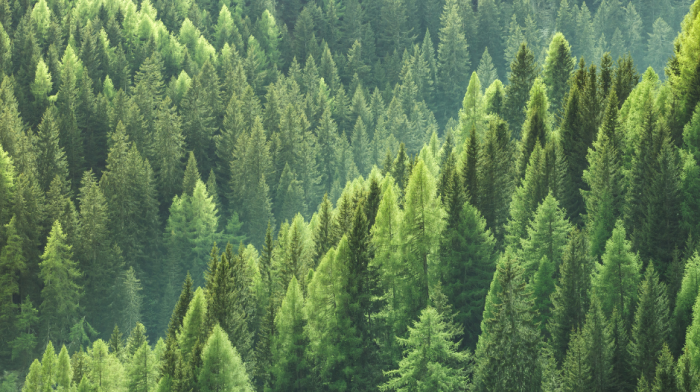 “Carbon sequestration” is a common topic these days in the halls of Congress, at USDA, in farm organizations, and among farmers and ranchers. One federal conservation program that has been around for over 35 years and has assisted with carbon sequestration is the Conservation Reserve Program (CRP). The CRP program was established in December of 1985 as part of the 1985 Farm Bill. The initial goal of CRP was to reduce soil erosion on highly erodible cropland and to help curb the over-production of farm commodities. Secondary objectives of CRP included improving water quality, fostering wildlife habitat, and providing income support to farmers, and as time passed enhancing carbon sequestration.

History of the CRP Program

USDA began enrolling crop acres into the CRP program in 1986. CRP has been the largest and most important conservation program in the United States since that time, making major contributions to national efforts to improve water and air quality, prevent soil erosion, protect environmentally sensitive land, and enhance wildlife populations. The CRP program offers landowners 10 or 15-year contracts to take farm land out of production. Following initiation of the program, CRP acreage quickly rose to over 30 million acres by 1990, and then increased even more, to around 35 million acres by 1993-1995, before dropping off slightly following the 1996 “Freedom-to-Farm” Farm Bill. CRP acres then began to increase again in the late 1990’s and early 2000’s, reaching a peak of 36.8 million acres in 2007.

In order to address the declining CRP enrollment rate in recent years and to more fully utilize CRP as a tool to enhance carbon sequestration, USDA announced new CRP initiatives in mid-April. These initiatives included higher payment rates, new incentives, and a more targeted focus. The 2018 Farm Bill that was passed by Congress limited maximum CRP annual rental rates to 85 percent of established county average rental rates for a given county for land signed up under a General CRP contract and to 90 percent of the average rate for land signed up under a Continuous CRP contract. One way that USDA can circumvent the reduced CRP rental rates is to offer sign-up incentives to implement certain practices and to cover CRP establishment expenses.

In mid-May of 2021, USDA Secretary Tom Vilsack announced that agriculture producers in the “Prairie Pothole” region can now enroll in the Soil Health and Income Protection Program (SHIPP), which is a pilot program being offered under the CRP program. The SHIPP program is a short-term CRP option to plant cover vegetation on less productive agricultural lands, while improving soil health and enhancing carbon sequestration. The SHIPP program takes farm land out of crop production, while still allowing livestock producers to utilize the land for having and grazing. States that are eligible for the SHIPP program include Minnesota, Iowa, Montana, North and South Dakota. The current SHIPP enrollment period continues through July 16, 2021.

The CRP program has a long and successful history of preventing soil erosion, improving water quality, enhancing wildlife habitat, and aiding in carbon sequestration. While it may seem quite logical to utilize expansion of the CRP program to reach further goals related to carbon sequestration, there could be some obstacles in accomplishing those goals. Commodity prices for corn and soybeans are their highest levels in 8 or 9 years. Farm profit levels have improved considerably in the past couple of years, which is also resulting in higher land rental rates in many areas. This may make it difficult to convince farmers and landowners to take farm land out of production in order to enroll in the CRP program, unless there are some added financial incentives.

Increasing CRP annual rental rates back to comparable farm land rental rates in a given area is likely to face some “kickback” by some members of Congress and by farm organizations. The reduction factors in the maximum CRP rental rates that were put in place in the last Farm Bill were due to CRP competing with farmers that were trying to rent farm land for crop production, especially younger beginning farm operators. This CRP rental rate reduction had bipartisan support in Congress during the development of the 2018 Farm Bill. Hopefully, USDA and Congress kind find a workable solution to the CRP rental rate situation, as the CRP program does seem to be a sensible approach toward further enhancement of carbon sequestration efforts in many areas of the U.S.

For more information on the current CRP enrollment, expiring CRP acres, rental rates, etc., landowners and farmers should contact their local FSA office or refer to the USDA CRP web site at: http://www.fsa.usda.gov/crp