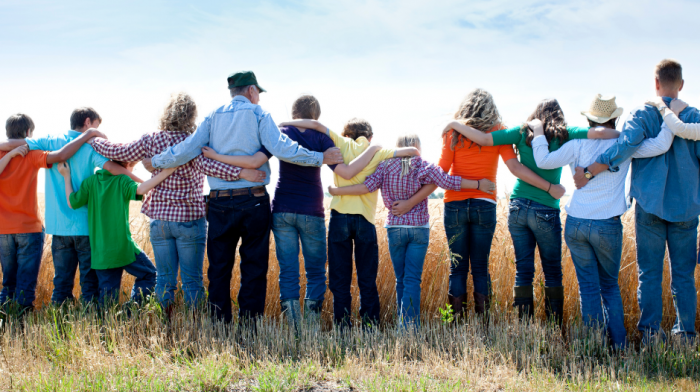 Ask ten people to describe a “family farm” and you will probably get ten different definitions, some will likely be similar to each other and some will be totally different. How a “family farm” is defined probably is a big guide toward people’s attitudes about today’s U.S. agriculture industry. In December of 2020, The USDA Economic Research Service (ERS) issued a report titled “America’s Diverse Family Farms”, which was based on U.S. farm data from 2019 and offered some definitions of different types of farms. Following is a brief summary of some of the data highlighted in the ERS report that is being shared in recognition of “National Ag Week”, which is March 21-27.

The USDA ERS definition for a “family farm” is the following …… “Any farm where the majority of the business is owned by the principal operator and individuals related to the principal operator, who are the persons most responsible for making the day-to-day decisions on the farm”. USDA further defines a farm as any place that at least $1,000 of agricultural products are produced and sold in a given year or are normally produced during a year. The ERS measures farm size by the “gross cash farm income (GCFI), which includes sales of crops and livestock, government payments, and other farm-related income.

Based on the 2020 ERS report, there were just over 2 million farms in the U.S., with just under 90 percent of the farms being categorized as “small family farms” Following is a breakdown of the criteria that ERS used to categorize U.S. farms, along with the number and percentage of farms in each category:

Even though farms have increased in size and the structures of many farm business have changed and evolved over the past few decades, approximately 98 percent of U.S. farms are still categorized as “family farms”. The family farms still account for over 86 percent of U.S, farm production. The family farms come in many shapes, sizes, and types, including increasing diversity of farm operators, which helps explain some of the confusion over understanding the definition of a “family farm”.