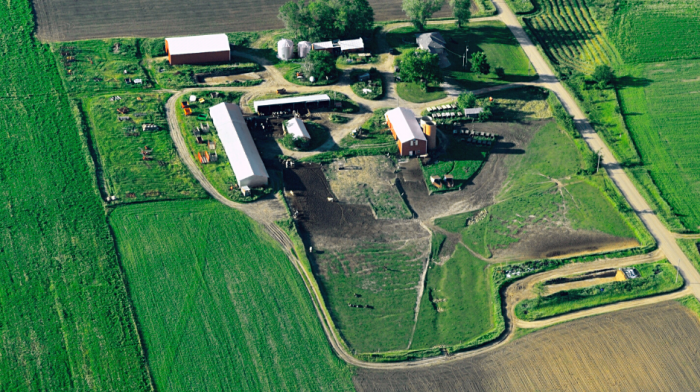 Farm land values in the Upper Midwest appear to be making a bit of a correction in the past few months after several years of uncertainty. The improved crop prices in recent months, together with higher levels of government program payments and improved crop yields in some areas, helped boost final 2020 farm income levels compared to recent years. Land value summaries showed that a reduction in average land values occurred in many regions of the U.S from 2014-16 before stabilizing in 2017 and early 2018. Land values were under pressure in some areas in 2018 and in 2019, due to reduced crop yields, the ongoing trade war with China, and low commodity prices. No it appears that land values have stabilized and even begun to increase in some areas, due to improved farm profits, relatively low long-term interest rates, a limited supply of land being offered for sale, and relatively strong buyer interest.

There have been some isolated land sales across Southern Minnesota at fairly high values per acre; however, the overall land value trend in recent months appears to be steady to up slightly from a year earlier, but still well below the peak land values of 2013 and 2014. In the past few years, there has been an increasing gap in the average land price for high quality, well drained farm land, compared to low quality, poorly drained land. There also continues to be a limited supply of land being offered for sale in many areas of Southern Minnesota.

One of the best sources of farm real estate values in Minnesota is the University of Minnesota’s “Land Economics” web site at: https://landeconomics.umn.edu/. This web site is updated annually in October and accesses a data base of various land values, based on farm land valuations reported to the State Revenue Office by County Assessors Offices throughout the State each year, which are adjusted annually based on actual land sales in a given County. This web site allows for selected sorts by County, State Economic Regions, Watersheds, etc., as well as by types of land.

Most economists point to the relative stability in farm land values in the Midwest as the primary reason that we did not see more farm operations discontinuing due to financial collapse or bankruptcies in recent years. Profit margins in crop production have improved for many farm operators in 2020 and 2021; however, profit margins in the livestock sectors continue to be a concern. Farmers are wondering if the improved farm income trends will continue into 2021 and beyond, when there will likely be lower levels of government program payments. The value of farm land accounts for over 80 percent of the total assets in the U.S. agriculture industry.

Land sales during the first two months of 2021 have continued to be quite strong, with some isolated per acre sales at the highest levels that we have not seen in recent years; however, most sales are showing more modest increases. The increased activity in farm real estate sales is being driven by farm operators that are taking advantage of improved farm profits and low interest rates to expand their land base. Higher land values are also being driven by investors that are looking to re-position their financial portfolio due to uncertain financial times down the road. Both farmers and investors also want to take advantage of Section 1031 tax-deferred exchanges to replace any land that they have sold, due to concerns that changes in Federal tax laws could limit this option in the future.

Currently, most signs point toward continued stability and potential further modest increases in land values in the next 12 to 18 months. However, there are some lingering “caution flags” that could potentially reverse this optimistic trend and revert to more downward pressure on land values. These potential challenges include:

Many areas of the Upper Midwest experienced above average corn and soybean yields in 2020. These strong yields combined with much improved crop prices have stabilized and even increased land values in many portions of the Upper Midwest. Buyer interest at land auctions and through private sales has been quite strong in recent months. The future trend in crop prices, the level of 2021 crop yields and profitability in livestock production, along with potential changes in government policy, will likely determine if there is further strength in land values later this year. Many farm operators and ag lenders are still quite cautious on farm land purchases following the very poor farm profit years from 2016 to 2019 across the region.