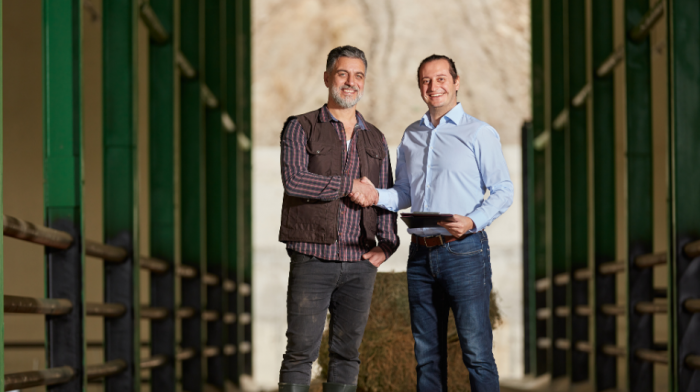 The highly contentious 2020 Election is now history, and we will move forward with a new Administration and several new members of Congress, along with changes in leadership of the U.S. House and Senate Agriculture Committees. There are many key issues that potentially could affect the agriculture industry, which will likely be addressed and possibly resolved by Congress and the White House in the next few years. We will have a new Secretary of Agriculture and new leader in the Environmental Protection Agency (EPA), as well as new leadership for key Congressional Committees, such as the House and Senate Agriculture Committees. These positions, along with subsequent appointments within the Federal and State agencies, can have a big impact on how various agriculture and environmental policies are implemented and administered.

Following are perspectives on some of the key ag policy issues that will likely be under consideration during the next session of Congress, or by executive action from the new Administration:

Dealing with COVID-19 — Any COVID-related policies that are enacted at the Federal level, either through Congressional action or by administrative order, certainly could have some impact on the agriculture industry. Last Spring, we saw the financial implications that can be incurred by production agriculture, when COVID outbreaks closed processing plants and caused interruptions in supply chains. Farm operators received significant financial support in 2020 from the coronavirus food assistance program (CFAP1 and CFAP2) payments. A big question going forward is whether the Federal government will again step up with assistance payments for farm families, if there are similar challenges in 2021.

Trade Policy — Within the past year, the new United States-Mexico-Canada (USMCA) trade agreement between the three countries and the new Phase 1 trade agreement between the U.S. and China were implemented. Ag trade with China has increased considerably in 2020; however, Chinese ag trade is still below the trade targets that were established in the Phase 1 agreement. The previous Administration withdrew from the Trans-Pacific Partnership (TPP) trade agreement with many Asian Countries, including Japan. It will be interesting if the new Administration and leadership in Congress goes back to multi-lateral trade agreements such as TPP, as well as if we continue with the current trade policy with China, Canada and Mexico, which are the three largest trade partners for U.S. ag products.

Climate Change — The current Administration discontinued many of the discussions and negotiations regarding climate change that the U.S. had previously been involved with both domestically and with foreign countries. The new Administration and many other elected leaders are now calling for a return to a more aggressive approach by the U.S. in dealing with climate change, both within the U.S. borders and internationally. Many of the proposed ideas involve implementing measures to reduce the man-induced impacts of a changing climate, several of which ultimately could have a major impact on the agriculture industry, both positive and negative. In the past, Congress has been reluctant to take much action relative to climate change, due to questioning the scientific evidence, as well as the uncertainty regarding economic implications; however, it appears that this trend may be changing.

Renewable Energy — The next Administration and Congress will need to decide what direction the U.S. takes regarding the mandated use of renewable fuels through the Renewable Fuels Standards (RFS) and other incentives for renewable fuels, such as tax credits, etc. While there is generally considerable support for development of alternative energy sources, Congress and many organizations have become quite divided on the RFS and other mandated energy programs, especially as it relates to climate change proposals. Ethanol and biodiesel production, which are covered by the RFS, have a major economic impact for farm operators, as well as for the overall rural economy in the Upper Midwest.

Rising Health Care Costs — Rising health care costs and access to adequate health care continues to be a major concern for farm and rural families in many areas of the U.S. Some families have seen health insurance premiums rise 50-100 percent in recent years, with individual farm families and some small business owners now paying $30,000 to $40,000 per year or more for health care coverage. At the same time, many rural hospitals and clinics have been closed and consolidated into larger regional health centers, which has limited access to quality health care services in some rural areas.

Broadband Access — One ongoing issue that has been brought to the forefront by the COVID-19 outbreak has been the inconsistent or the lack of internet service and connections in many rural areas. As public schools have been forced to utilize “distance learning” models to educate elementary and high school students in the past year, one the biggest limiting factors has been inadequate internet service in many rural areas. Many previous and newly elected officials have talked about the need for major Federal investment into infrastructure upgrades, which hopefully will also include improved broadband capabilities in rural communities.

Immigration Reform — Immigration policy continues to be a major issue in many portions of the U.S. and has a lot of political ramifications. Many industries, including the agriculture industry, could be significantly impacted by any potential immigration reform legislation. Both production agriculture and the ag processing industry are heavily reliant on an immigrant workforce, so major changes in getting needed workers into portions of the U.S. could greatly affect the rural economy in some locations. If Congress does not act on immigration reform, the Administration could choose to issue some executive orders relative to the issue.

Farm Bill — The current Farm Bill expires after the 2023 crop year, so early development of the next Farm Bill is likely to start occurring in Congress and with agricultural leaders during the next two years. Both the U.S. House and Senate Agriculture Committees will be under new leadership during the next session of Congress. There are many groups and organizations pushing for major policy changes in the next Farm Bill. As usual, the budget allocation toward the next Farm Bill will be a big part of that discussion, with some members of Congress already calling for budget cuts when the next Farm Bill is written. Some of the key ag policy discussions in development of the next Farm Bill will include revisions in current commodity and crop insurance programs, expanding Conservation Reserve Program (CRP) acreage and other conservation programs, and changes to payment limits. Adjustments to food and nutrition programs (SNAP, WIC, etc.), which account for about three-fourths of the Farm Bill budget, will also be a key part of Farm Bill discussions.

Farm Financial Stress — Low profitability in both crop and livestock production in the past several years has increased financial stress for farm families in many areas of the U.S. Even though the increased Federal aid and higher crop prices has improved the financial situation for many farm operators in some areas in 2020, there are still many farm families facing financial difficulties and increased stress levels. There will likely continue to be a need in the future to provide programs and support for the farm operators and families that are facing these challenges.