In observance of Independence Day, we will be closed on Monday, July 4th.: 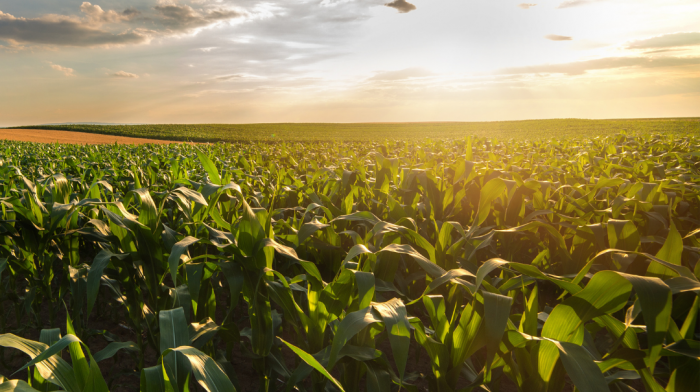 As expected, the USDA World Supply and Demand (WASDE) Report released on July 12 included increased corn acreage and the expected 2021 corn production, compared to the June WASDE Report; however, some of the added corn supply for was accounted for by a slight increase in projected total corn usage for 2021-22. The grain prices have been mixed since the release of the WASDE report. Corn and soybean prices had been quite “bullish” immediately following the release of the USDA 2020 Crop Acreage Report on June 30, which indicated less corn and soybean acres than most grain marketing analysts expected. USDA estimated the 2020 corn acreage at 92.7 million acres, which was up by 1.6 million acres from the planting intentions on March 1.

USDA is projecting total soybean usage for 2021-22 at 4.42 billion bushels, which is slightly below the 4.54 billion bushels of usage expected for 2020-21. The projected decrease in usage for the 2021-22 marketing year is the result of lower levels expected of soybean exports in 2021-22. USDA is now estimating soybean ending stocks at the end of the 2021-22 marketing year to be at 155 million bushels, which would be a slight increase from 135 billion bushels expected for 2020-21, but is well below the large soybean carryover levels in other recent years.

Corn and soybeans usually gather the most interest in the monthly WASDE reports; however, Wheat grabbed considerable notice in the recently released July 12th WASDE report. Total U.S. wheat production for 2021 was listed at just under 1.75 billion bushels, which was down from 1.9 billion bushels in the June report. The estimated average U.S. wheat yield for 2021 was reduced from 50.7 bushels per acre in the June WASDE report to 45.8 bushels per acre in the July report, which is a rather large month-to-month adjustment. Spring wheat production for 2021 is projected to decline by 42 percent from 2020 levels, which would be at the lowest production level since 1987-88. Of course, a majority of the Spring wheat is raised in the drought-stricken States of Montana, North and South Dakota. The 2021-22 MYA wheat price from June 1, 2021 through May 31, 2022 is now projected at $6.60 per bushel, which would be a 30 percent increase from the final 2020-21wheat MYA price of $5.05 per bushel.

There are still a lot of questions yet to be answered regarding both the supply and demand figures in the July 12th WASDE report. Based on the immediate corn and soybean market reaction following recent WASDE report, it is fairly obvious that weather conditions and crop production potential are currently dominating the marketing decisions of grain traders. Many private analysts feel that the final 2021 U.S. corn and soybean yields may be over-estimated by USDA, especially if drought conditions continue to expand and worsen in the Northern and Western Corn Belt. Both North and South Dakota have considerable corn and soybean acreage in 2021, and many of those acres are currently being impacted by moderate to severe drought conditions, as well as many crop acres in portions of Western Minnesota. There are also questions with regards to USDA’s 2021-22 usage estimates, especially at the projected USDA prices for 2021-22. Higher grain prices normally tend to reduce the amount of corn and soybeans used for feed, processing and exports.

Local forward cash prices for “new crop” 2021 corn have stayed near or above $5.00 per bushel at many locations in the Upper Midwest in recent weeks, with basis levels remaining much wider than the current cash corn basis in many portions of the region. “New crop” 2021 soybean prices have ranged from $12.00 to over $13.00 per bushel across the Upper Midwest in recent weeks, with some processing plants offering over $13.50 per bushel at times. Farm operators have had several opportunities in recent months to forward price a portion of their expected 2021 corn and soybean crop at profitable levels. One challenge with the very hot, dry weather in 2021, especially in the areas hardest hit by drought conditions, has been to make good estimates for their farm-level corn and soybean production levels for 2021.