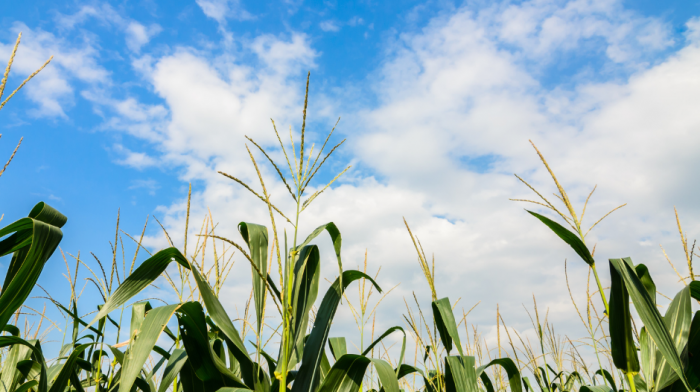 The USDA World Agricultural Supply and Demand Estimates (WASDE) Report released on June 10 lowered corn ending stocks and increased soybean carryout numbers from the May estimates. The number of 2020 planted corn and soybean acres, the national average yields, and the estimated total 2021 production of both crops were unchanged from the May estimates. The downward adjustment in the corn ending stocks was greater than was expected by most grain marketing analysts and the increase in soybean supplies surpassed the expectations of most grain traders.

Most grain marketing analysts generally viewed the June WASDE Report as somewhat “bullish” for the corn market and generally “bearish” for soybeans; however, there is a high degree of uncertainty for both crops. The price projections in the WASDE Report are for the 2020-21 and 2021-22 marketing years. The marketing year for 2020-21 began on September 1, 2020, and ends on August 31, 2021, and the 2020-21 marketing year ends begins on September 1, 2021, and ends on August 31, 2022. In the first few days since the June WASDE Report, Chicago Board of Trade (CBOT) soybean futures have been down sharply and corn futures have been mixed.

Following are some highlights of the June 10th USDA WASDE Report:

The WASDE Report projects 2021 planted corn acres in the U.S at 91.1 million acres and harvested acres at 83.5 million acres, which compares to harvested acres of 82.5 million acres in 2020 and 81.3 million in 2019. Based on the increase in U.S. corn acreage and the expected record national average corn yield, USDA is projecting a slight increase in the corn ending stocks by the end of the 2021-22 marketing year on August 31, 2022, as compared to 2020-21 carryout levels. The 2021-21 carryover is estimated at 1.357 billion bushels which was a decrease of 150 million bushels from the May estimate and is quite tight compared to June estimates in recent years. Many analysts anticipate that the total 2021 U.S. corn acreage and harvested acreage will be adjusted upward in the June 30 USDA Crop Acreage Report, which could increase future corn supply estimates and put downward pressure on “new crop” corn prices. Of course, the other “wild card” on the corn production side is the worsening drought conditions in many portions of the Northern Corn Belt, which could strengthen corn prices.

The June 10 WASDE Report left the projected average U.S “on-farm” corn price for the 2021-22 marketing year at $5.70 per bushel, which is unchanged from the May estimate. USDA also left the 2020-21 corn price unchanged from the May estimate at $4.35 per bushel. The most recent USDA corn price projections are considerably higher than the final national average corn prices of $3.56 per bushel for 2019-20, $3.61 per bushel in 2018-19, and $3.36 per bushel for 2017-18. The current expected corn prices for the 2020-21 and 2021-22 marketing years would result in no estimated PLC payments in either year for the FSA farm program on corn base acres. Producers in counties that had reduced corn yields in 2020 could potentially see a small 2020 corn ARC-CO payment. Corn price movements have been mixed since the June 10 report. Local cash corn prices in Southern Minnesota remain near $6.50 per bushel at many locations, with “new crop” corn bids near $5.50 per bushel.

One “wild card” in the WASDE soybean estimates for 2021-22 may be the 2021 U.S. soybean production level. USDA left the 2021 planted soybean acres at 87.6 million acres and projected U.S. average soybean yield at 50.8 bushels per acre, which are the same as the May estimates. Some experts feel that U.S. soybean acreage could be increased significantly in the June 30 USDA Crop Acreage Report and that the national average soybean yield may be adjusted upward in future months, if there are favorable growing conditions this Summer in many portions of the Midwest. Of course, further development of drought conditions over a large area of the region could also reduce the anticipated 2021 total U.S. soybean production and potentially strengthen “new crop” soybean prices in the coming months.